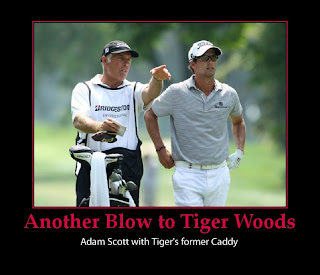 “It’s the greatest week of my life caddying – and I sincerely mean that,” the 47-year-old said. “I have been caddying for more than 30 years now. I have won 145 times and that is the best win of my life… A lot has been said this week and it is great to back it up. I back myself as a frontrunner as a caddie and I have won again.”

Steve Williams to Tiger Woods ~ "I made more money than you at The World Golf Championship!!!!"

EASTER FUN ON THE NET